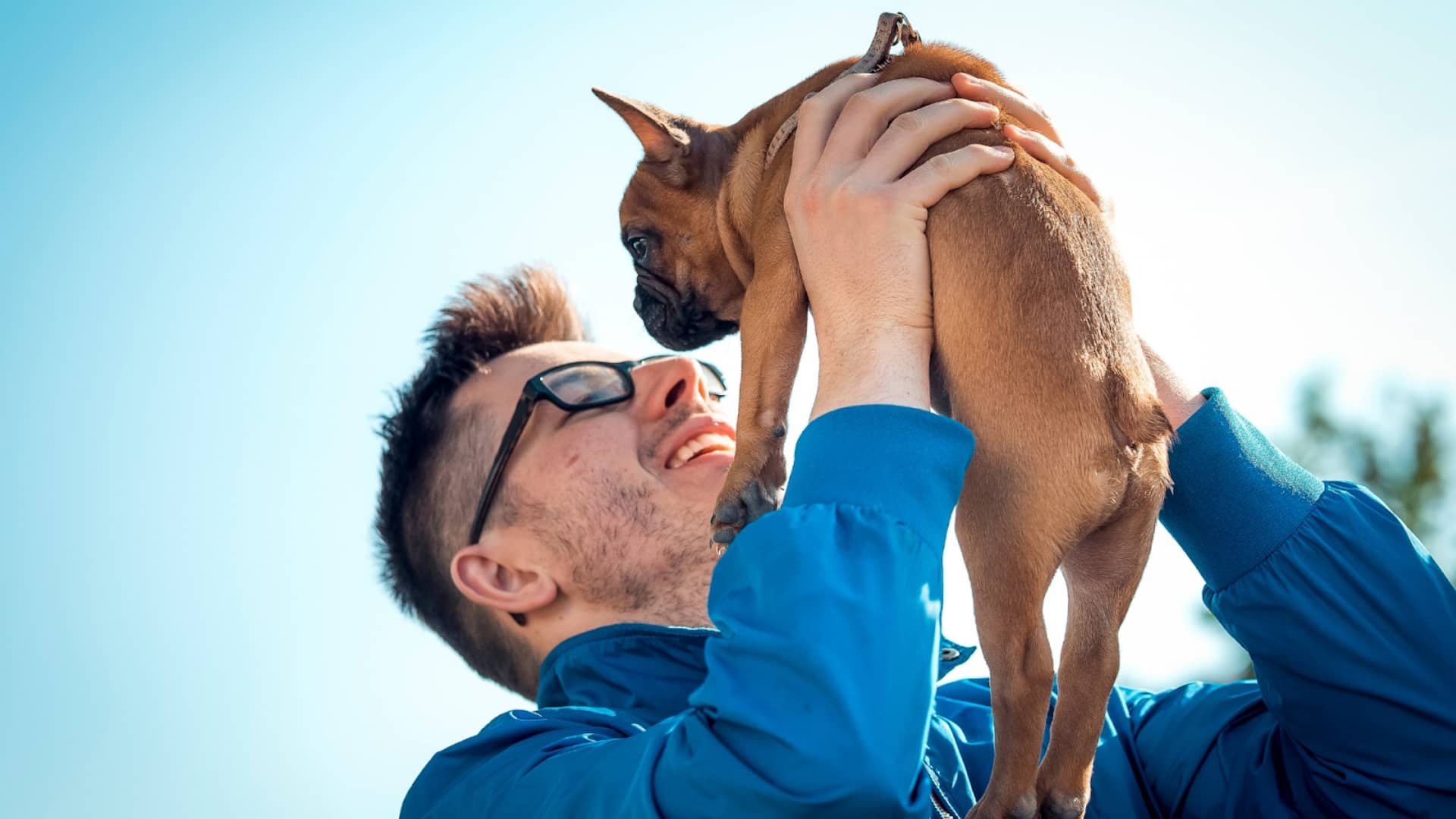 Whether or not it is the same breed, every dog is different. Some dogs are even more special than the rest of its pack.

Even pups from the same parents may have various looks, behavior, and personalities. Some may have spots on its body, while other puppies have one plain color. Or some are dominant, while others are shy.

Every dog is unique in its ways. Genes and the environment where it lives affect its behavior. Let us look at how these factors may affect the personality development of a pup.

The DNA Makes Every Dog Different

Like humans, dogs have distinct DNA that makes each breed unique. The genes may affect its personality. For example, a shy female dog may produce a mixture of both shy and non-shy puppies. Every fido's personality may appear in the early stages of life and remain stable as it matures.

Personality includes all psychological and behavioral characteristics that define both humans and animals. For our furry companions, early development experience also affects how each dog behaves in its later life.

Thus, canines have natural personalities that they may inherit from their parents. You will find some status-seeking puppies. Those who would fight against their siblings get the best spot in getting the milk from their mother. You can also see other puppies that are submissive and always willing to wait for their turn.

Shy or not, you can continuously hone your dog's natural personality. It leads us to the next factor that affects every pup's behavior.

The environment where you raised the pup also affects its behavior. A home dog will become nervous around new people if it has no exposure to different humans during their early socialization period.

What about if your fido makes a mistake? Do you hit its nose or butt, or do you shout at it as if your making sense? If this is the way of behaving a pup, then you're one step closer to raising an aggressive canine.

Being an "obedient" dog depends on how you train it whenever it makes mistakes and around other people. There are some natural personalities of a dog that you can correct through positive dog training.

How To Choose The Right Dog For You?

Choosing the right is not only because you find the pup so cute and fluffy. Dogs have physical needs, like exercise, and personalities that you have to consider. Can you, as the owner, provide proper training and keep up with these aspects? Let us give you some tips on choosing the right dog for you.

Not All Sweet Dogs Are Friendly

Just because a pup looks so cute doesn't mean that you can befriend it. For example, Chihuahuas are so adorable because of their tiny size and unique looks. But they also have an attitude like large dog breeds.

Chihuahuas have natural behavior to be overprotective of its owner. So, without proper behavior training, dogs may indulge in all kinds of incredibly aggressive behaviors. It includes lour barking, lunging, and snarling like a mighty Kennel would do.

Not all sweet and willing to please breeds have the same behavior. The importance of paying attention to personality does not diminish the relevance of behavior in each species. A litter of puppy will have unique traits, both physical and behavioral, even when they are from the same roots.

Looks Can Be Deceiving

Some breeders also breed canines for function, and some have general assumptions of how they will behave. You can appreciate the unique nature of individuals but know the behavioral predispositions of the breed of dog you are considering. So be careful when choosing the right pup for you.

Just because it looks cute doesn't mean it has natural "friendliness" towards people. Like what we humans used to say, "looks can be deceiving." Always consider the general behavior of the dog and make sure that it suits you. Don't be afraid to ask questions about the traits of the parent canines.

In choosing a dog, both personality and general breed characteristics are significant. Even the most dominant dog will hide behind you because each dog's behavior varies, even among dogs of the same breed. It's the product of a one-of-a-kind blend of genes and environment.

A handsome face and a gorgeous figure may woo us first in a relationship, but it does not keep us happy long-term. It is better to take care of a plain black dog that everyone else ignores than to get an attractive one with dominant traits that you can't handle as a first-time dog owner.

Every breeder has a purpose in breeding a specific dog breed. But even the best breeder can't predict how the puppies will turn out, no matter how much they understand and read a breeding manual. No one can guarantee the traits of offspring, even if they have the paternal and maternal genes' DNA.

So, ask about the specific qualities the breeder admires. It is because some breeders aim to win "conformation" shows or field trials. Not everyone wants to breed sweet and docile pups that you can trust with your family.

Show dogs are confident, assertive, and stride around the ring as if they own it. Breeders prefer these canines because they can get money, ribbons, and public recognition for winning matches. Some show dogs can perform hunting, retrieving, and herding tasks.

There's no problem if you also want to take care of these "show" dogs. But it would help if you had enough time for training and give the physical activities that it needs. Unlike "home" or pet dogs, not all show dogs are friendly towards children.

The traits that you want in a dog might not be the same as the same ones that a breeder wants. What matters most is to have healthy dogs living in our homes that won't hurt anybody.

Remember that dogs may behave differently depending on their environment. According to the book The Other End of the Leash by Patricia McConnell, a dog's response to various people and common depends on different factors.

It includes blood sugar levels, serotonin, and dopamine re-uptake mechanisms in the brain. This part conditions the responses to stressful encounters with other animals or people. This natural tendency to react differently at different times and in different places explains a tremendous amount of what "disobedience" looks like.

So, if you want to control your dog's behavior, be ready to spend time "proofing" it. You need to ensure that your pup will be comfortable following your command around new people and new environments. Give the dog the help it needs to adapt to practice a skill in various situations.

Pay close attention to the parents' actions and avoid having a puppy from its parents. Make a list of questions in your mind based on what matters to you, such as hygiene, feeding, and behaviors.

Controlling your dog's behavior is also about understanding its genes and considering the environment where you will raise it. You can't guarantee that the dog you bred or purchased will never bite, no matter what you do as a breeder or a puppy buyer. But the action or training that you will do after each mistake counts the most.