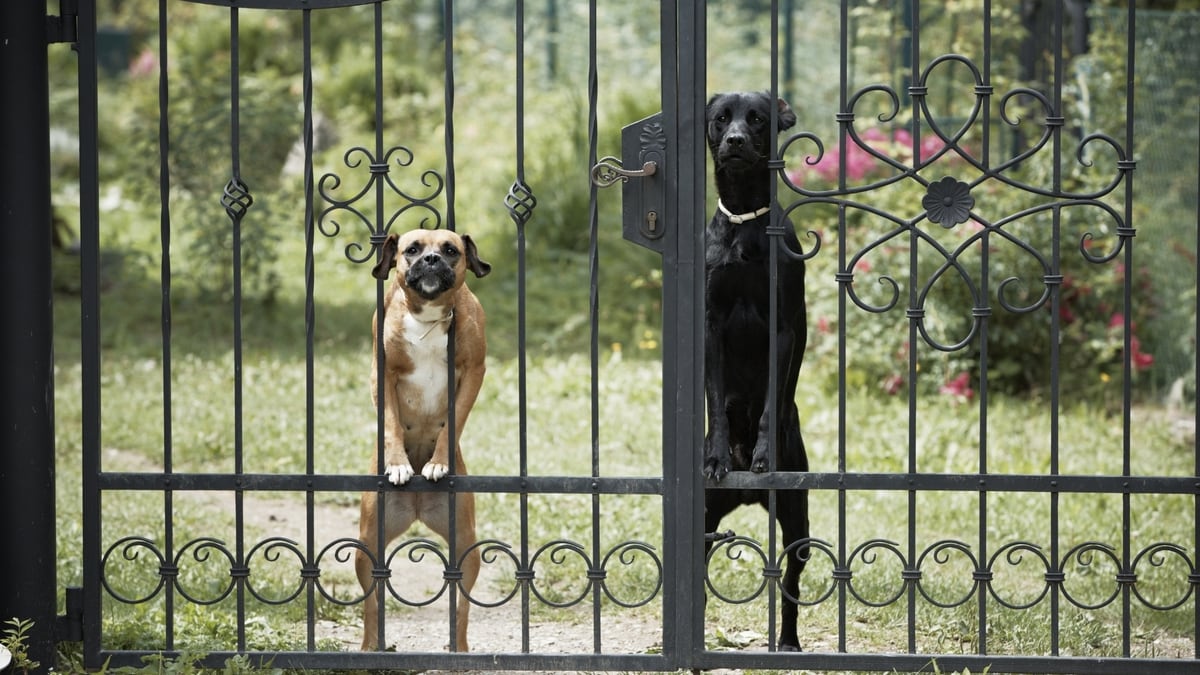 The guard dog or watch dog has one of the most ancient types of canine relationships with humans. It's been conjectured that guard duty was the dog's first job with humans - it may be that the dog was originally domesticated because humans needed an animal to keep away other predators. Perhaps they noticed that many wild creatures feared the wolf, so they domesticated wolves in order to use this to their advantage.

Nowadays, guard dogs are actually put up for hire in some areas of the world. You can hire a guard dog to protect your business or home overnight, and then the company picks up the dog in the morning right before your business opens.

There is a difference between the two job descriptions, so to speak. The watch dog's job is to alert its owner by barking. The barking might scare away the intruder as well. Watch dogs do not have to be large or aggressive. The guard dog, on the other hand, takes the watch dog's duty's another step. Guard dogs will attack the intruder or restrain him or her. The intruder does not have to be human; guard dogs that guard sheep and other livestock will attack animal predators such as wildcats, bears and wolves.

Farmers and herdsmen through the centuries have valued dogs' guarding abilities to keep their flocks safe. This is why many of today's guard breeds have their roots in herding and livestock guarding. Here are some breeds of dogs commonly used as guard dogs:

The name denotes the origins of this noble breed. With wolf-like characteristics, the German Shepherd worked (and still does work) as a shepherd for livestock. It is not only good at herding; German Shepherds make excellent guard dogs that will fearlessly defend their owner's property.

This German breed was once a farm and herding dog, and you can still see them in that capacity. They are usually associated with guard duty nowadays, however, and they do have a significant intimidation factor. They also tend to make good family pets if they are raised in a loving environment.

Popular in photos, the Weimaraner started out as a hunting breed. They were found to have a territorial instinct, though, which, combined with their large size, means they also make good guard dogs.

Unlike the breeds above, Dobermans were specifically bred to be guard dogs. They are born for guard duty and are staunch protectors and defenders of their families and property.