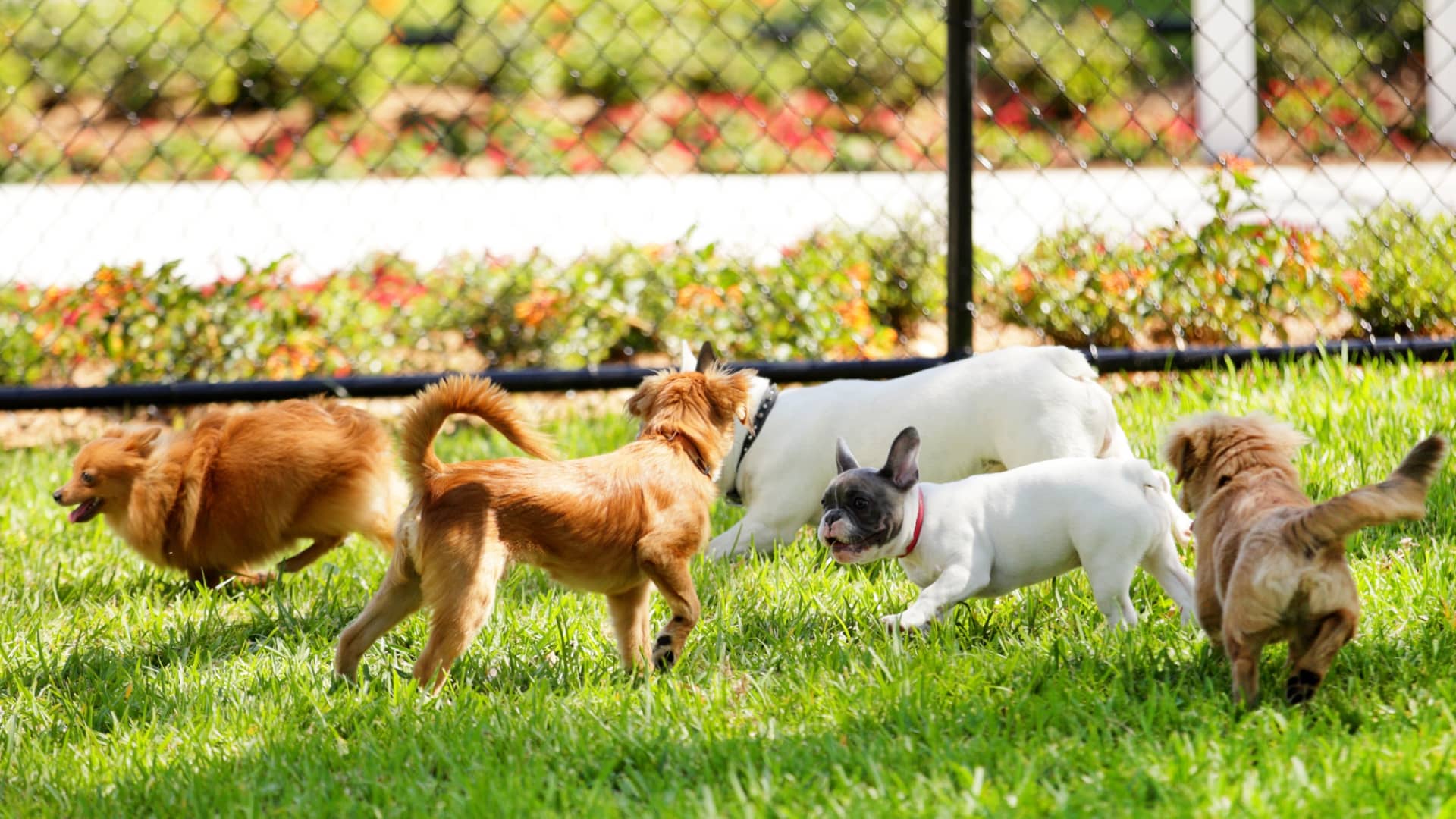 Let’s assume you have a Bichon Frise at home and have decided to acquire another one as a companion.

Here are some tips to help your dog get along with other pets.

Before we get into the whys and wherefores, it is important to remember that any new member of the pet family will encounter a rigorous and sometimes jealous stance when a new pet arrives.  If you think about it, some children who are presented with a newborn baby tend to become upset because they have to compete for attention for the first time.

Your dog not only asserts his dominance as the alpha male, but may fight with the new dog; eat his food; and generally play in a rough manner.  This is normal and should not be interfered with.  The new dog will have to play a subordinate role until he is fully accepted by the alpha male.

In order to keep things from getting out of hand, you might want to separate the dogs for a period of time.  Your pet will know there is another dog in the home by his scent.  Create an atmosphere that is conducive to them getting to know each other.

When they finally meet, try not to favor your pet over the new dog.  Treat them both equally.  It will take time for the new dog to acclimate to his new surroundings, and it will take your pet time to acclimate to the new arrival.  If necessary, keep the new pup in a kennel until they both become comfortable with each other.  The same holds true for cats as well.

Take your pet out for a walk.

Let him know that you are still there for him and you have not changed his routine simply because there is another dog in the house.  If he acts out against the new pup, call to him to come to another room.  Play and interact with him.  Use constant praise when he listens and offer a treat when he obeys your commands.

Put out dishes of food and water for each dog, always giving preference to your older pet.  Remember, he is the alpha male and deserves respect.  This is more for the young pup that for you.

Establish a routine that involves both pets.

Try not to favor one over the other but treat them equally.  If you give one dog a treat, ensure you give the other dog a treat.  If you buy dog toys, they may fight over them for awhile until the new pup gives up.  They’ll work it out.  Do not feel you have to intercede in everything they do.

The only time you should become involved is if they constantly fight.  Eventually, a bond will form and they will become the best of friends.  However, try not to leave them alone for long periods of time, especially in the beginning.

No matter what other pets you may introduce to your dog, remember that it will take time, patience, love, attention, and a lot of aspirin – (for you, not the dogs!)

Thank you! Your submission has been received!
Oops! Something went wrong while submitting the form.
Posted
February 18, 2021