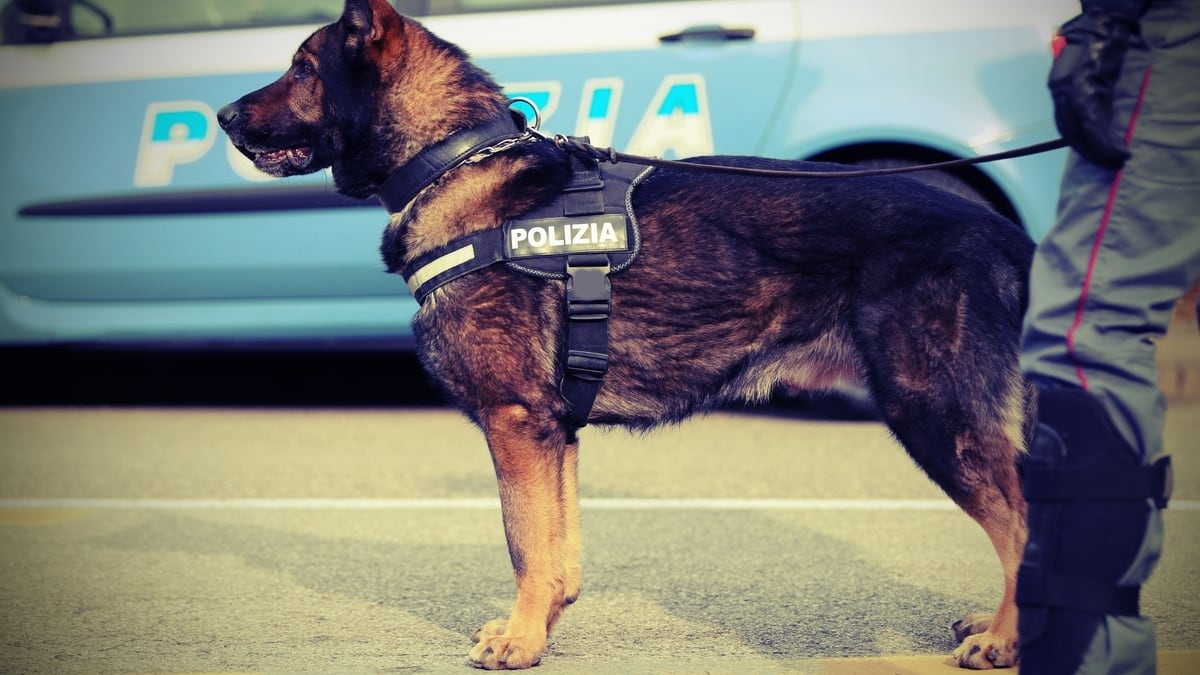 The human-dog relationship has come a long way from the early days of cave dwellers, which is likely when the first dogs were domesticated. Now, dogs perform all sorts of functions, from lap companions to law enforcement officers. And police dogs are considered just that: officers. In fact, in some areas of the world, killing a canine officer is a felony.

What Do Police Dogs Do?

You may wonder why police departments even have canine (or "K-9") officers. What can they do that people can't do? Plenty!

First, there's smell. Dogs have millions more smell receptors in their brains than humans, making their sense of smell about fifty times keener than humans'. And it's not just sensitive; dogs - especially certain breeds like Bloodhounds and Beagles - can discern a specific scent far more readily than a human. Its sense of smell is not easily "distracted" by other smells that are present.

And then there's the fear factor - a growling dog is just plain scary, and can intimidate a criminal suspect like nothing else. The suspect knows he or she can't trick the dog or talk his or her way out of the situation; the suspect may be more likely to surrender in the presence of a police dog. Criminals know they can't intimidate a trained police dog.

Dogs' size and build allow them to get into areas that are inaccessible to humans, especially humans wearing police gear around their waists. And they can get there fast. A dog can leap a fence and bring down a suspect quickly and efficiently, making it a lot harder for a criminal to get away.

Police dogs may have begun in Europe, when 18th-century police forces used Bloodhounds to track down suspects. During World War II, Germany and some other European companies began training dogs formally for police-type tasks. It took a while for the concept of police dogs to gain favor in the US - it wasn't until the 1970s that police dogs really became established.

Most people think of German Shepherd when they think of police dogs, and some people will even use the phrase "police dog" to describe all German Shepherds. While it's true that this noble breed is probably the most common police dog, other breeds are used, too.

Temperament is key, and German Shepherds generally exhibit the courage, stamina, intelligence, keen sense of smell, aggression, and loyalty that are necessary to make a good police dog. But other breeds may exhibit these characteristics, too, such as Rottweilers, Doberman Pinschers, Labrador retrievers (although Labs usually are deficient in the aggression department). Some police departments have been known to use mutts, or mixed-breed dogs as K-9 officers.