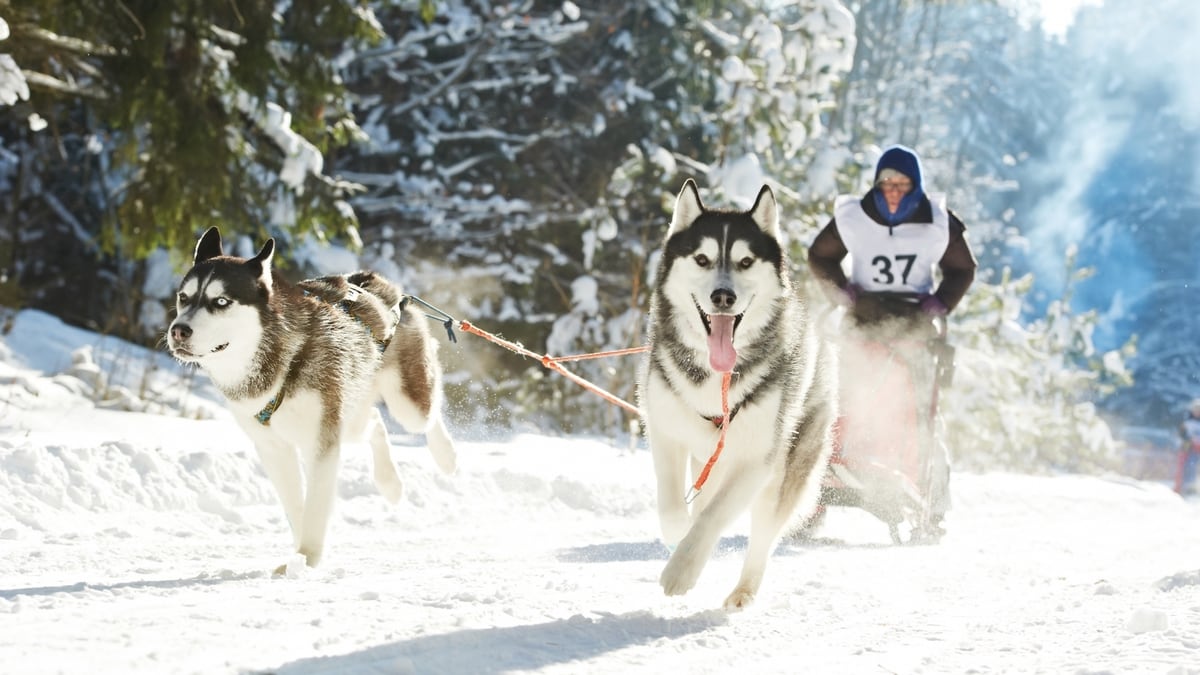 The wolf-like dogs of the North are what we usually think of when we think of sled dogs. And Huskies and Malamutes are common sled dog breeds. But what most of us don't know is that a great deal of know-how and expertise go into putting a sled dog team together.

Dogs have been pulling weight for humans for centuries.

In harsh, northern climates, beasts of burden like horses and donkeys can't survive the way dogs can, braving the cold and gaining traction on snow and ice with their paws.

Regardless of the breed, sled dogs need to exhibit certain characteristics to be used in a team. One of the most important ones is endurance. A sled dog can be expected to pull a sled anywhere from 5 to 75 miles in a day's work, and they need to do so efficiently and in good time. That brings us to the next important characteristic of sled dogs: speed. Sled dogs average about 20mph when they are racing in good conditions; poor weather and trial conditions can reduce that speed to 7 to 10mph.

The ability to pull is also important. A good sled dog keeps proper tension on the tug line that pulls the sled, and does not hesitate to give maximum effort. And finally, a good, determined attitude makes the difference between an okay sled dog and a great one.

As noted above, most of us think of wolfish dogs pulling dog sleds. The most common breeds are Alaskan Malamutes and Siberian Huskies, but mixed breeds have been used, too. During the Yukon gold rush, mixed breeds were a common sight. Today, pure-bred teams usually consist of these breeds (even standard Poodles have been known to be used as sled dogs!):

* Various hybrids between Pointers, Shepherds, Huskies, and even wolves

Sled dog teams are made up of several sections, divided according to their jobs. The highly-valued lead dog sets the team's pace, and is often taken into the owner's home as part of the household. Swing dogs come next. Their job is to help turn the sled in the proper direction and keep it from tipping or going off-course. Wheel dogs are useful in helping pull the sled out of holes and ditches. The rest of the dogs are called simply "team dogs."

To get together a good team, a sled driver must know which dog possesses what traits. For the team to function well, each dog needs to be in his or her proper place doing the job he or she is best at doing.