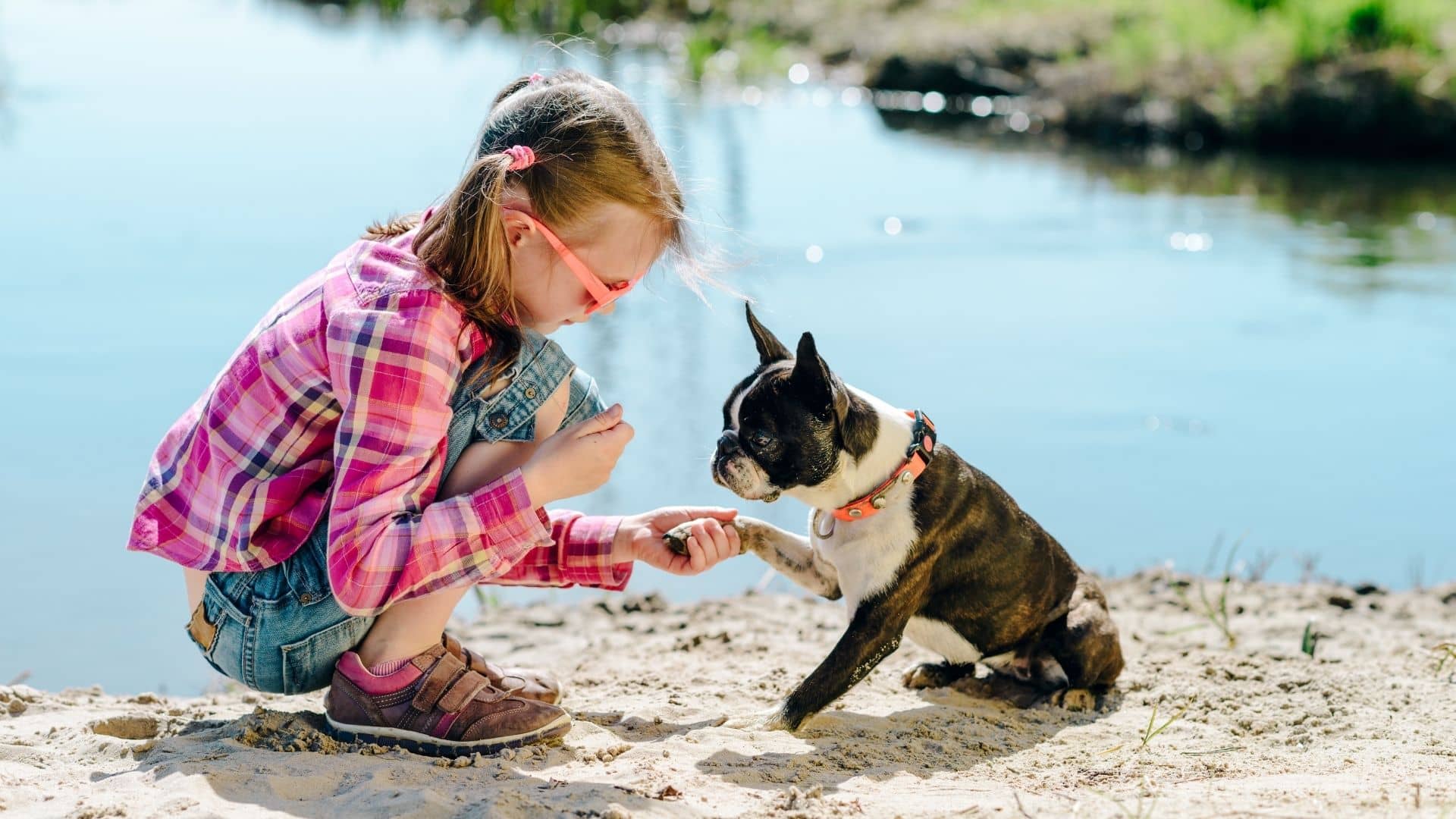 The Boston Terrier another amazing breed of small dogs.

The Boston Terrier is a very unique breed of dog, with a fascinating history. They are sometimes referred to as the "All American Dog." The Boston Terrier was bred from a cross between a Bull Terrier and Pitbull. The first crosses occurred in England in the late 18th century and some members of this new breed were brought over to America.

In 1889, about thirty owners in Boston and surrounding cities organized the American Bull Terrier Club. Dogs were bred and exhibited by these fanciers as "Round Heads" or "Bull Terriers". Bull Terrier breeders countered that these crosses were actually not Terriers. Bulldog fanciers objected because they were not Bulldogs.

In 1891, the Boston Terrier Club of America, (BTCA) was officially formed, and a standard was written. They applied for entrance into the AKC stud book, but entrance was denied. In 1893, though,the boston terrier was accepted to the AKC. The first Boston Terrier to be registered was called Hector #28814.

By 1915 the breed was stabilized and was the most popular breed in the United States. They were number one among the top twenty breeds, when all breeds numbered 22,127. They were on top again in 1920. The Bostons were back in first place in 1930. The Boston Terrier remained among the Top Ten until 1960, but have slipped steadily since that time.

The Boston Terrier, refined and standardized, has maintained its place in American history as a spunky little dog of intelligence and spirit...a fitting representative from Boston commons from whence it came.

Boston Terriers are very easy dogs to get along, as they desire to please their owners. One thing to remember is that Bostons are house dogs and do not cope well with extreme weather conditions. Because of their extremely short muzzle and elongated palate they cannot cope with heat well easily giving in to heat stroke so be careful.

Boston Terriers are compact, short-tailed, well-balanced little dogs weighing no more than 25 pounds. The stylish “tuxedo” coat can be white and either black, brindle, or seal (black with a red cast when viewed in sun or bright light). According to AKC

Some Facts about the Boston "Bull" Terrier Dog

The temperament of the Boston terrier can be described as enthusiastic as it often loves to play. Most people comment that the Boston terrier actually has a great sense of humor. Another characteristic that people find delightful with this breed is the fact that they are intelligent and are very much easily trained. This fact is also enhanced by the dog's natural curiosity and love for learning.

One thing that owners have noticed with a Boston terrier is the fact that it can be very sensitive to the tone of a person's voice. This may be described as a sort of emotion detector. Because of this sensitivity to the tone, a Boston terrier will be able to respond to how you are feeling when you are talking. This means, however, that you need to take care when training your dog. You need to make sure that anger and frustration do not find their way into your voice.

They also make excellent watchdogs as they do not bark indiscriminately. This means that you won't wake up in the middle of the night because your Boston terrier saw a butterfly. There are some cases, though, when a Boston terrier will not bark at all.

Unlike other terrier breeds, the Boston terrier is an average shedder. This means that you should be wary of keeping it indoors as it can shed fur over your floor. We all know how much of a fiasco that can be.

Bostons have a variety of common health problems. They easily get overheated when they are pushed too hard. As said before, they can also be sensitive to extreme weather and any weather that's too hot or too cold can leave them with breathing difficulties. Skin tumors and heart tumors are very common with this breed. So you need to bring the dog to a vet regularly.

Another disorder you should watch out for is a skull defect. If a Boston terrier is badly bred, it often develops a bone defect that prevents the brain from growing. This, naturally, will lead to a retarded dog.

- The Ultimate Guide to Dog Health -

Knowing when to take your dog to the vet and when to let him “self-regulate? is a pretty tricky business – how do you tell when he needs to see a professional? After all, it’s not as if you can rely on your dog to let you know.

Click here to get The Ultimate Guide To Dog Health

Thank you! Your submission has been received!
Oops! Something went wrong while submitting the form.
Posted
February 19, 2021