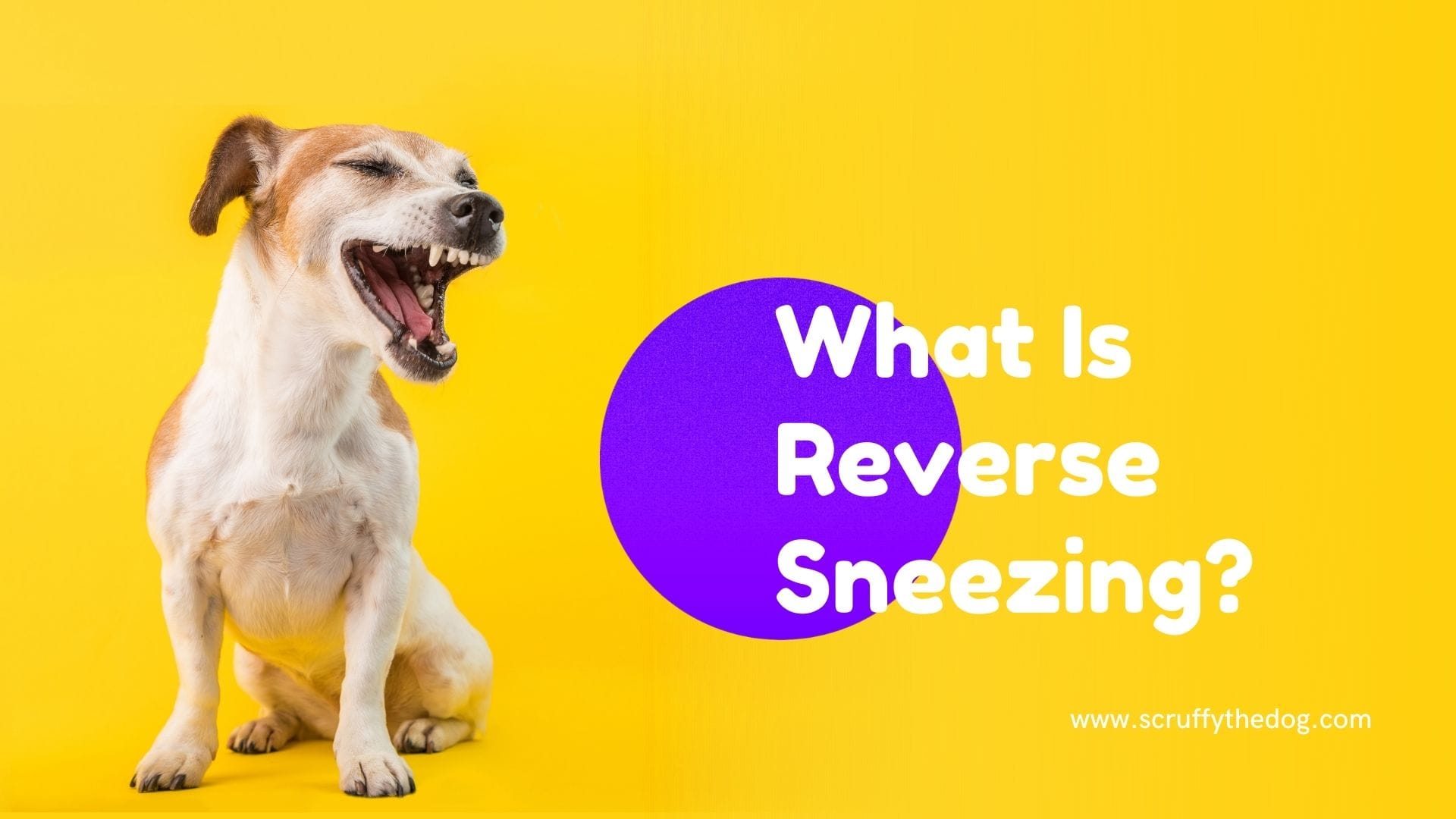 Have you ever heard out of nowhere weird sounds of snorts, honks and wheezes from your dog? Don't panic, its likely that your dog just experiences what is known as paroxysmal respiration, more commonly known as "Reverse Sneezing".

Reverse sneezing is a condition that impacts all types of pets, however more typically smaller pet dogs such as miniatures, Terriers, and brachycephalic breeds. It is a "paroxysmal" respiratory response, meaning that it is available in spasm-like episodes.

What is reverse sneezing?

Reverse sneezing is a fairly typical breathing occasion in canines, but is rarely seen in felines. It may be a method for the dog to attempt to eliminate foreign particles such as dust, powder or other irritants or allergens from its upper airways.

During a reverse sneeze, a pet will repeatedly breathe in through their nose with uncharacteristic force, taking quick, short inhalations. One episode may last 10-15 seconds.

Reverse sneezing is identified by abrupt, quick and repeated inhalations through the nose, followed by snorting or gagging sounds. It can be alarming to an owner, but is not known to be hazardous to pet dogs without any underlying conditions (such as heart problem), and most pet dogs are totally typical prior to and after a reverse sneezing episode. In pets that display reverse sneezing, it is not uncommon for them to have repeat episodes of reverse sneezing throughout their lives.
dog nose

A common remedy is to pinch the dog's nose and scratch its neck. Lightly blowing in its face may also help. The dog will swallow a couple of times and then stop the reverse sneezing. Additionally, calming the dog down by rubbing its sides or back also helps to end the episode more quickly.

What Happens When A Dog Reverse Sneezes?

Throughout a reverse sneeze, the dog will all of a sudden stand still, extend its head and neck, and produce a loud snorting noise.

This condition should be separated from a tracheal collapse (often seen in toy breeds), which is identified by a loud "honking" sound.

A tracheal collapse is of a more major nature than a reverse sneeze.

What Should I Do If My Dog Reverse Sneezes?

A common remedy is to hold the dog's nostrils closed for a second and lightly massage its throat to soothe him. Getting the dog in a cool location or outside with fresh air while trying to verbally calm him can also be helpful.

The majority of pets do not need medication, however, some vets recommend antihistamines if the issue is major, chronic, and allergy-related. An assessment of the environment would also be handy in identifying possible reasons for these events. Perfumes, carpet cleaners, etc. are typically cited in these pet dogs' histories.

When To Come In

While the occasional reverse sneeze is usually nothing to worry about, if it increases in frequency or becomes worse, it’s best to have your pet seen by your veterinarian. If not properly addressed, some respiratory illnesses can be contagious to other pets, become chronic or even be life-threatening.

Remember, any changes to a pet’s overall respiratory sounds can indicate a problem and should be evaluated. We commonly see and evaluate pets for the following breathing-related concerns:

Asthma – This chronic irritation to the lungs and airways can cause wheezing, coughing, and labored breathing.

Collapsing trachea – In certain circumstances (trauma, breed, age, weight) a pet’s windpipe can begin to collapse on itself, causing coughing and other breathing difficulties.

Brachycephalic syndrome – Short-nosed dogs and cats (pugs, bulldogs, Persians, etc.) can have trouble breathing or breathe noisily due to their shortened airways.

Heart disease – Heart disease can cause a buildup of fluid in the lungs, resulting in coughing, gasping, and retching.

Thank you! Your submission has been received!
Oops! Something went wrong while submitting the form.
Posted
February 4, 2021