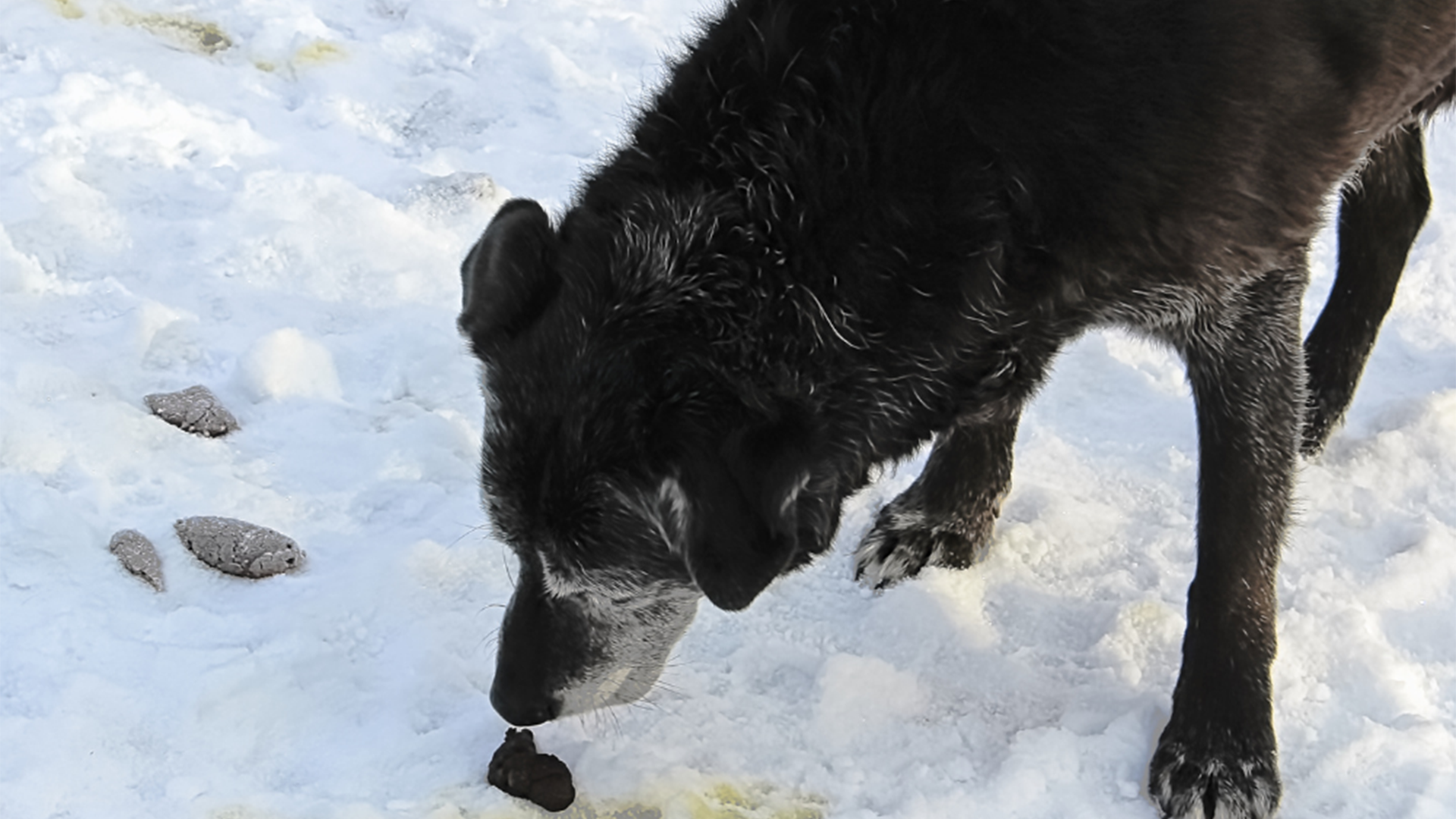 If your furry companion has been licking its urine, eating its poop, or rolling over your garbage - there could be reasons for it.

It is weird, but there are reasons why dogs love smelly things. We know that dogs have excellent noses. But that doesn't mean that they have a good idea of what smells "good" matches our sensibilities.

Does your dog just like smelly objects, or is it only a disgusting habit? More importantly, can you train your pup to stop doing it? You probably have a lot of questions than answers. So, let's identify the reasons dogs love smelly things based on popular theories from experts.

Dogs love smelly things because it makes them feel cool.

The stinkier it is, the more attractive it is for dogs. In the canine world, smelly objects mean gold chains. According to Patricia McConnell, an animal behaviorist, maybe dogs love smelly things so that they can show off to other breeds.

Rolling on disgusting garbage with a stinky smell could mean spraying classy perfume for humans. Smelling like poop or urine could mean wearing Louis Vuitton limited editions. For dogs, it's like advertising that they live in an area of wealth.

Dogs love smelly things to HIDE their own smell.

According to a well-known dog expert and psychologist, Stanley Coren, canines would love to disguise their own scent. It could be a habit that dogs inherited from their wolf ancestors. These animals roll in odoriferous objects to smell like other things. So, they can either hide or pretend to attack their prey.

Previously wild dogs and wolves used to hunt for a living. Antelope was one of their favorite prey. So, if an antelope smelled the scent of a wild dog, it would bolt for safety. But if a dog's wild ancestors rolled over antelope feces, its prey would become less suspicious. Then, the wild canines could get closer to their prey.

Dogs love smelly things to SHARE their own smell.

Dogs have this habit of sharing their own smell by rubbing their scent on the object or its owner. Some theories suggest a dog would roll over a stinky object to cover its own scent. It is like pups rolling around on a new bed or toy as if trying to claim it.

Some canines would also use urine and feces to scent a mark on almost everything and anything. Dogs do it to leave a trace behind. Canines usually do it to mark a spot where they would drop their poop and urine. This technique is also essential for potty training.

Dogs use smelly things as a communication tool.

Another reason dogs love smelly things is that it's their way of communication. It's their own way of letting other dog breeds know what they have found. It is a theory from Pat Goodmann, a research associate and curator of Wolf Park in Indiana. She extensively studied wolves and scent rolling.

According to Goodmann's studies, when a wolf smells a novel odor, it sniffs and rolls over it. So, it can get the scent on its body, neck, and face. As the wolf returns to its pack, other wolves sniff as if investigating the scent thoroughly. Then, there are some instances when one or more pack members followed the scent back to its origin.

For dogs, stinkier smells mean more wealth. It's like a Chanel perfume or some sorts for humans. It's easy to think that dogs communicate. Somehow, the wolf returning to its pack with a stinky smell is a way of saying, "hey, there's a gold mind out there." It can also be its way of expressing that the wolf found a place with abundance. Some canines use smelly scents to attract other breeds as well.

Dogs love smelly things because it has a motor system that links to their brain.

Another popular theory from Alexandra Horowitz is that dogs and stinky smell have a connection for a long time. The smelly odor can activate a dog's olfactory lobe that also works on the brain's motor cortex. It tells the dog to get in contact with the smelly object to make a discovery.

It is almost the same when people see an unfamiliar object. We often come near and inspect it. But it is not enough until we get to touch the object. It is what dogs feel, but only through the sense of smell.

The problem is that dogs have no 'noxious scent' receptors in the brain. It means they do not know a good and disgusting smell. Plus, canines feel more interested in rolling and sniffing on stinky objects because it's appealing to them.

Can You Stop Your Dogs Loving Smelly Things?

Whatever the reason for your dog's roll in a stinky object, it is challenging to avoid this habit. It is like taking away one part of your fido's personality. The only way to stop the stinky sniff-and-roll is to train your canine.

But make sure that your dog worships a stinky smell because of its behavior and not because of any medical issues. For example, stool-eating can be a sign of a health issue or behavior that links to self-reward. The reasons why dogs love smelly things are still theories. Although there’s no proof yet, accept that dogs and humans have different tastes.

No matter how clever you think your dog is.

You can >>>unlock their hidden intelligence quickly and easily.

>>>I’ll explain everything on this page.

Don’t waste a second longer coping with problem behaviors you don’t need to be dealing with.

PS Check out the brain training for Dogs course now. It’s great for eliminating any bad behaviors by tapping into your dog’s hidden intelligence.

PPS- check out the cool dog pictures on this page.