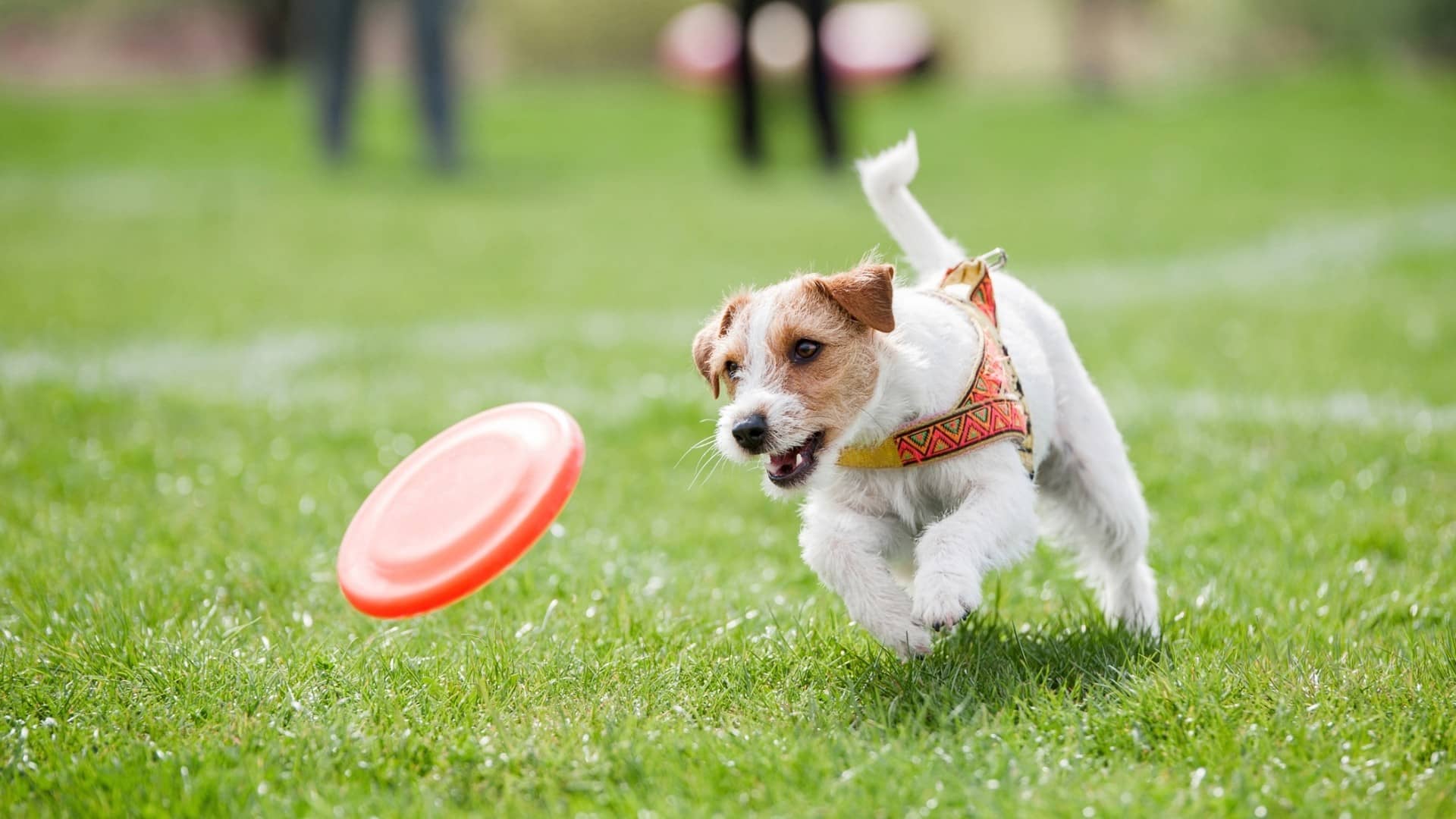 Learning is more fun if it involves games and rewards, isn't it?

Using games to teach dogs' emotional self-control is one way to make the learning process fun and more interesting. Show a treat, and you will get the attention of your pup. But it would help if you made your fido work hard, do what you want, and behave well to get the reward.

Aside from basic commands, there are games you can play with your furry pal and let it learn emotional self-control. Just be consistent and set the bar where your dog can succeed.

Most humans hate waiting, and so are our furry pals. We get irritated when someone is taking so long to do something. You've probably gotten annoyed because your sister took a bath or fixed her hair that it almost consumed your entire afternoon.

Mealtime is a golden opportunity to teach your dog some self-control. It is a training that can help our furry pal to be polite as you make its dinner. The rule is simple - let the pup wait for its food while saying some basic dog commands.

First, hold the food bowl high enough that your dog can't reach it. Then, wait for the dog to calm down, and you can ask for two commands like sit and down. Don't let your pup do many commands because it may lose interest even when you are holding its food.

Then, lower the food a little while the dog is sitting down. When it stands up or makes sudden movements, raise the food again. Once your dog remains sitting until the bowl is on the ground, give your pup a release cue, then let it eat.

Has your dog been eating or chewing on dangerous items in your home? The "leave it" game is an excellent game to prevent your pup from choking on small things and eating toxic elements.

Our fidos are always curious about things that we use, especially if they have an interesting smell. The problem is that they may become so interested that they would start biting and scratching on it.

The "Leave it" game starts with placing a treat inside your fist and holding it in front of your pup. Then, let your fido sniff on the treat as much as it wants. Once they back off, reward them with a treat from your other hand.

Some dogs will not pay attention to the treat on your hand and would start looking at that "treat scent" in other areas of your home. So when it ignores you, start opening your hand and let it look at the treat. If the dog acts like taking it, close your fist again until it backs away. When your dog ignores your open hand, reward them with a treat.

Some dominant canines always want to be ahead of anything and everyone - including you. If it doesn't see the "leadership" in you, the dog will challenge its owner by being stubborn. Thus, dealing with dogs that have behavioral problems involves obedience training.

Tug-of-war, chasing with a flirt pole, or even wrestling with your dog are all excellent ways to teach dogs to settle down. It adds some serenity into the midst of the chaos, which helps a canine become aggressive or impulsive towards a stranger.

In this game, you can use cues like "Settle Down" or "Relax" until your dog understands what you're trying to say. Begin with a gentle game, but don't let the dog get too excited. Then, stop playing in the middle of the game and ask your dog to sit or lie down. When they do, instantly reward them by resuming the game.

Again, stop in the middle of the game and see if the dog sits or lies down without you asking for it. When it does automatically, restart the game as a reward once more. Then, gradually increase the pace of the game before settling for a break. You mustn't overdo this game. It can be tiring, and it is better to keep the fun after a few tries.

Frustration is the root of all emotional disturbances - both in humans and dogs. Like us, our furry companions also need to control their feelings. Otherwise, they may mature as aggressive canines.

Puppies who are impatient and demanding do not magically grow up to be patient and restrained adults. If you don't teach your puppy how to manage its impulses, it can form bad habits. Dogs with poor emotional self-control may exhibit the most obnoxious and rude behaviors.

If dogs can cope with anger, it would be more fun to live with it. A polite dog is more well-behaved and less obnoxious. They would feel calmer and more in control of their surroundings and feelings. Well-trained pups do not get overwhelmed by its desire for immediate gratification.