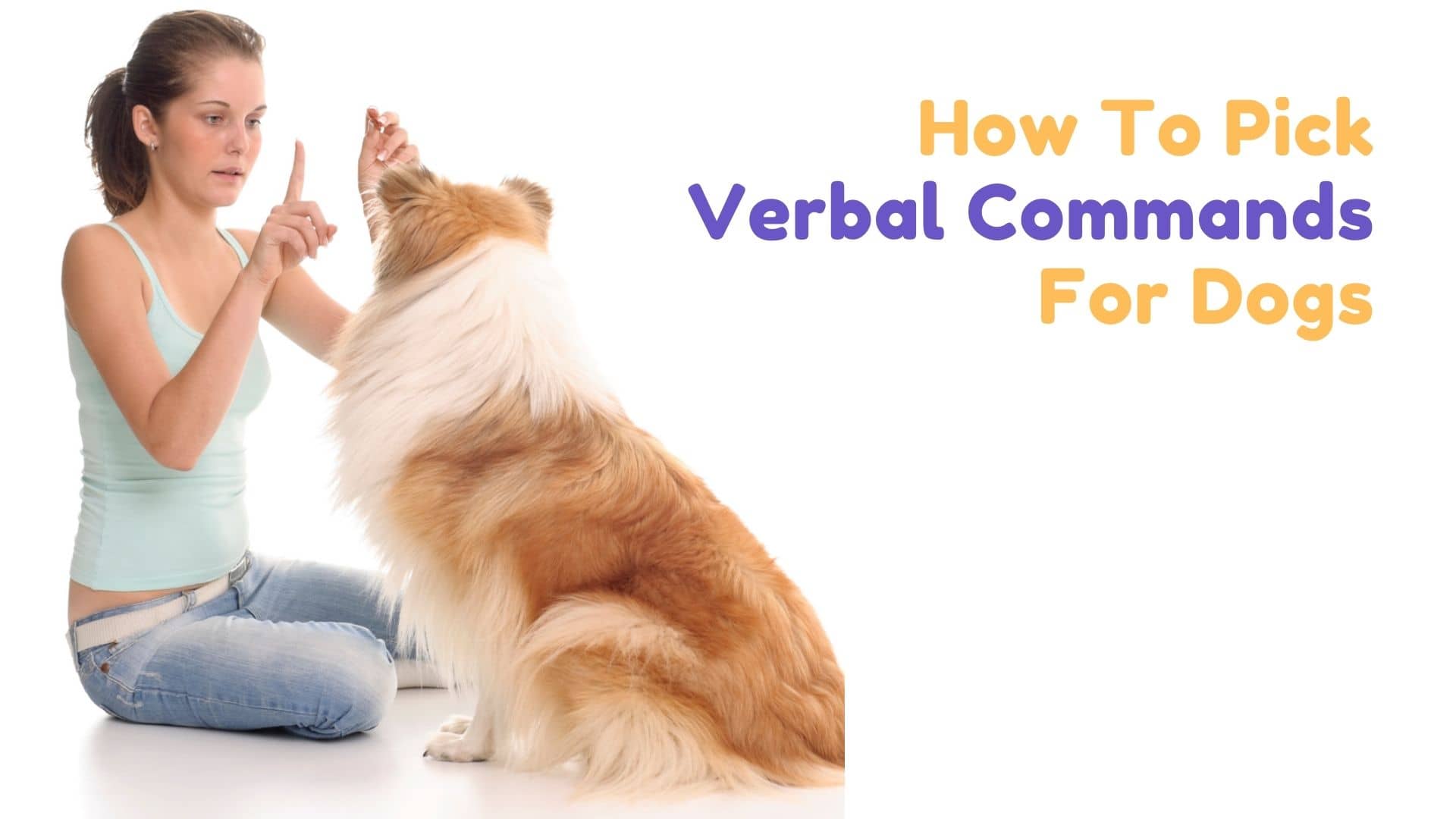 Easy as it may seem, but training a canine to understand the word you say is complex. It includes many behavioral concepts and matching your actions with the message you want to convey. It can be overwhelming, so how about we start with picking the right words to use?

What Are Verbal Commands For Dogs?

Verbal commands for dogs are like cues to the message that you want to convey. You can say it if you're going to reward a specific behavior. Verbal commands are also helpful when trying to get your pup's attention if you are on its blind side or if it’s on clash with other pets.

For example, you can say "easy" to calm your furry friend. Giving praises and rewarding a treat when teaching verbal commands is essential. Otherwise, it would be tough to get your dog's attention and listen to you.

Wouldn't it be nice to train your dog to understand both hands and verbal cues? Verbal commands can be in any language that you feel comfortable using. The key to helping a dog understand human words is repetition. Dogs will often understand these words more clearly when we talk to them directly.

How To Pick Verbal Commands For Dogs?

Here comes the tricky part - picking the right words as verbal commands for dogs. Adding these commands to any dog breed's multi-lingual capabilities has benefits. One of them is having easier communication. Not to mention, it really feels fantastic when a dog reacts to human words.

Make The Verbal Commands For Dogs Sharp And Short

Even people who are learning a foreign language would love to use or memorize short words. So, it would be easier for them to remember. It's the same thing for our furry friends.

Don't make their learning more challenging as it already seems. Choose a verbal command that is short and sharp voice when you pronounce. This way, the dog can distinguish it from the rest of your human words.

You can choose from a vocabulary of crazy and fun words, but is it the correct command that your pup can easily understand? Would you prefer saying "sit" or "sit down"? What is the right word that you can say clearer and conveniently?

For example, you want to recall your furry pal because it is about to get in trouble with other pets: would you rather say "Come" or "Converge"? The second word sounds fancy, but one syllable-word is easier to say.

Avoid Words That You Use With Casual Conversations

As much as possible, try to avoid using words that you commonly use when talking with a family member at home. A word that you often say to a person over a phone or a friend is a poor choice.

Your pup may form a habitual action. When a dog hears a word or phrase too many times from its owner, it becomes meaningless. So, it will make the verbal command weak. If the fido does not pick up the word that you say quickly, it is probably because most of the time, it means nothing.

Choose Words that Come Easy To You

If you want to raise a well-behaved pup, choose the right words that come easy to you. It is because your dog will eventually pick it up with your body language. You only have to find out what you mean when training and be consistent with it.

How To Train Verbal Commands For Dogs?

Dogs do not understand any language, but they can get word association. The sound and action you make if you say "sit" or "walk" to your dog makes the difference. If you practice associating that sound with a specific action, then your pup will respond right. It takes time to teach new commands for dogs, but here are some tips that you can follow.

When starting, it is better if you stick to a specific training procedure. It means choosing a particular language at first and sticking with it. If the fido does the command, praise and rewards it with a treat. Some owners play with their pup or simply pet it on the head. Repeat this process until your dog responds every time you say the word.

Be Consistent With the Verbal Command

Whether it is English, Spanish, or whatever language - say a specific command with a single word. Be consistent in using a single word for one command. For example, you can say "down" if you want to get your dog laid on the floor for a belly rub.

But you can't say the same word for commanding a dog to get off when it suddenly jumps on another pet or human. You can say "get off" instead. Don't confuse your dog. Pick a word for each command, and stick with it.

Consistency In Training Is Key

If you want to get better at something, you train harder. It is the same when teaching verbal commands to dogs. Be consistent at teaching. You can set a specific time of the day to train your pup. When you do, the fido may also get used to this schedule.

A smarty-paws pup picking up a new command quickly doesn't mean it will remember the word without further practice. Both of you still have to practice. Hear how you say the word and remember your body language when you say it. It is a two-way training wherein both you and your pup learn to get in sync.

Don't Be Cheap With The Rewards

Rewarding a pup with its most favorite treats is the best training technique. But what if your fido is a slow-learner? It will help if you become more patient. Never punish it by saying "you're a bad dog" if it doesn't follow a command. Keep working on it until you see him doing the right thing, then make a big thing about it.

Verbal commands for dogs are one of the basic obedience. The more a dog responds to your commands, the more likely it is to stay out of harm. The combination of your body language and verbal commands is the best way to communicate with your dog.

Thank you! Your submission has been received!
Oops! Something went wrong while submitting the form.
Posted
March 26, 2021