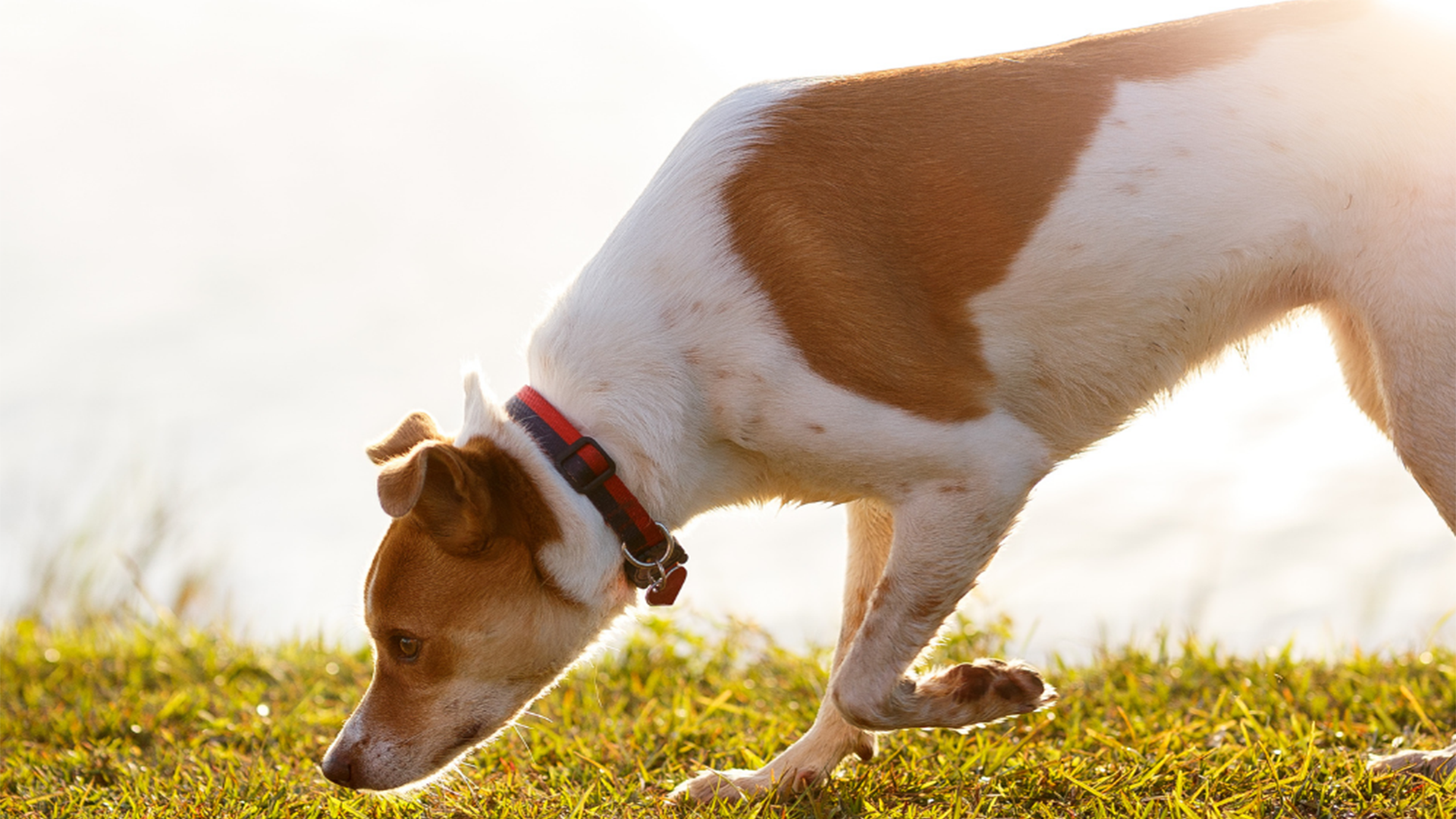 Sniff here, and sniff there. Almost every action of our pup involves getting a whiff of something.

But when you suddenly spray your favorite perfume or air freshener, your furry pup sneezes. So, how sensitive is a dog's sense of smell?

The nose is one of the most prominent canine features, whether long, short, black, or pink. It varies in form, size, and color, but their nozzles have one thing in common. Every dog's sense of smell is key to canine survival.

How Sensitive Is A Dog's Sense Of Smell?

A dog's sense of smell is a lot more sensitive than humans. A canine has about 220 million olfactory receptors, while people have approximately 5 million receptors. Olfaction is the process of smelling in dogs.

Aside from the receptors, a dog's brain can also analyze an uncommon smell. Fidos also have "neophilia," which makes them feel attracted to new and exciting scents. This keen sense of smell allows most breeds to locate various things. They can look for forensic cadaver material and even disaster survivors when appropriately trained.

A dog's sense of smell is much more sensitive than any technologically advanced instrument. A trained dog can sniff out bombs and drugs, pursue suspects, and locate dead bodies.

Today, some scientists are conducting experiments on dogs to detect human diseases from smelling. Some of it includes cancer, diabetes, tuberculosis, and malaria. It is how sensitive yet powerful a dog's sense of smell can be.

How Does Dog's Sense Of Smell Function?

Dogs' noses function differently than humans. When we inhale, we unconsciously breathe and smell through the same airways. But a tissue folds inside the nostril of our pups as they inhale. It helps in separating the function of breathing and smelling.

People send out the inhaled air where it came in as we exhale from the nose. So, it forces out any incoming odors. But it is not the same for dogs. The inhaled air exits through the slits in the sides of their noses. So, it helps the canine to receive new odors while sniffing continuously.

Can you wiggle your nostril independently? Most humans can't, but our furry friends can. The aerodynamic reach of each nostril is smaller than the distance between the nostrils. So, it helps canines to determine which nostril received the unfamiliar smell. It also helps them locate the source of the scent.

How Far Away Can A Dog's Sense Of Smell Work?

How far can a dog's sense of smell work depends on various things. Some factors include the weather, wind, and the type of scent. Genes and experience of the dog in smelling objects are also crucial. But in a perfect set-up, a dog may smell objects and people as far as 20 km away.

No wonder some hunters and police officers have been using detection dogs. These are trained canines that have a fantastic sense of smell. It can help officers locate missing people and identify dangerous materials such as drugs and bombs. You've probably seen one in airports and trains.

Why Is The Sense Of Smell Important To Dogs?

Dog's sense of smell, like its wolf ancestors, is key to survival. Canine relies on body language to understand people and other animals. But they also have extreme olfaction ability to understand the world it lives in.

Fidos use both vision and smell to assess its surroundings and communicate. People can differentiate between males and females through their looks. But dogs would never do the same because they don't have the education that we have to judge.

So, canines use their olfactory senses to smell under breeds. Just by smelling, our furry pals can tell the gender and sexual reproduction of another breed. Still, it is no big deal for them. It is because dogs invest a lot of brainpower through smell.

Why Do Dogs Can Smell Better Than Humans?

It is natural for dogs to process information in their brains through smell. The olfactory system of canines is way better than humans. Our furry pals have organs dedicated to detecting even the most "undetectable" odors.

Every cell, tissue, nerve, and muscle on their nose can respond to a range of substances that often have no odor at all. Plus, dogs rely on their sense of smell every day. So, training makes a dog's sense of smell stronger than humans.

Humans primarily respond to ordinary smells. We are not aware of the scent that we make as we exhale. We don't even know that we leave odor from our footprints. But our fidos do. It's because they rely on vision and smelling to express their emotions and understand their surroundings.

It is a puzzle why dogs are given such a great sense of smell, but that's another story. A dog's sense of smell is comparable to nothing. Our furry pals have noses that can detect the most extraordinary and weird scent. It is what makes canines the best sniffers in the world. Even without training, pet dogs also enjoy smelling.