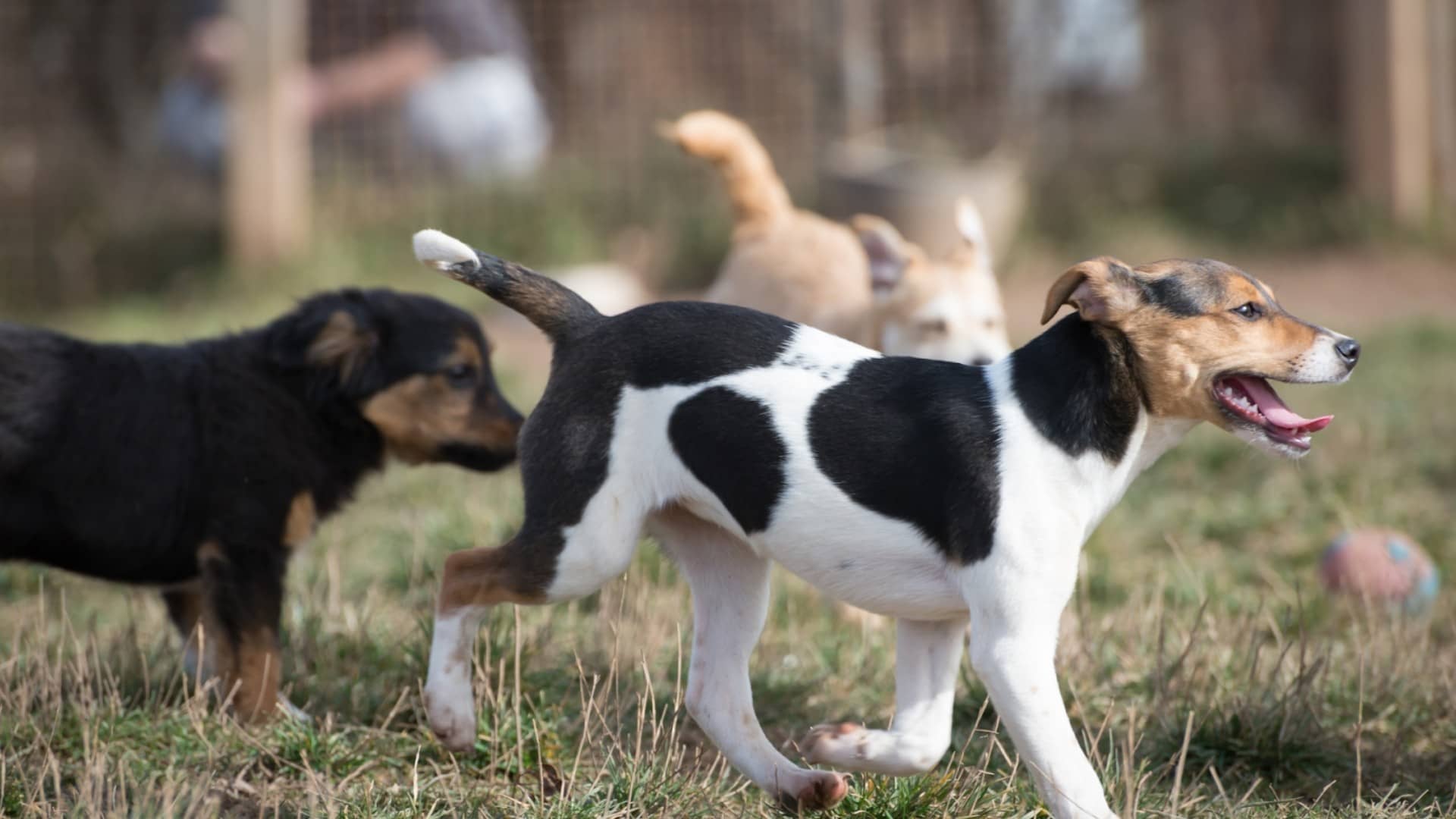 Each dog has unique personalities; some are submissive while others are dominant.

But some canines show dominant traits through physical attributes. You can spot those hard and cold stares, and you'll already know what it means. Some breeds are small, sweet, and friendly until they see an opening to attack. These dogs keep their "dominant" characteristics inside.

Aggressive dogs require proper training to avoid overpowering its owner and strangers. So, let's discuss how to tell which dog is alpha, especially for smaller dog breeds you have at home. Start training a social status-seeking dog by understanding dog pack hierarchy.

Understanding The Source of Dominance

In a pack of dogs, you can spot dominant canines from their behavior. Usually, the "pack leader" is the one that is always in front and first at everything. Its job is to protect and direct the other members.

Let's take the closest ancient species to dogs, which are the wolves. A pack of wolves usually has three traditional positions whenever they walk, eat or sleep. Each designation describes whether the wolf is an alpha, beta, or omega. Usually, it has a male or female alpha that leads the entire pack. Then, there are several subservient betas and omegas.

This positioning of wolves is almost instinctual to dogs, although they may be different species. Dogs learn it from birth when new litters jostle for position with their mother while nursing. They fight which one will get the milk first. It's very simple and makes a huge impression on those who have the dominant genes.

Newborn dominant pups will get more milk, while submissive puppies are always willing to wait. The dog will always treat its owner as a member of the dog society between humans and canines. Our furry pals won't understand that we are humans and we are different species. But you can show who is the leader between the two of you through proper training.

Alpha dogs are confident and proud, and they are not shy to let you know that they are the pack leader. You can also see it in the dog's body language and how it interacts with other dog breeds. Most dominant breeds are the ones that approach other canines in a park and love to mark a spot.

For example, a submissive dog peed on an area. After a while, the dominant canine will smell the scent and pee in the same space. Meanwhile, omega dogs are usually submissive to every dog and person.

The beta group or middle-of-the-pack dogs is a little challenging to spot. It's because these breeds have their own hierarchy of dominance and submission. Their traits can change.

A beta dog seems dominant to most of the other dogs and maybe submissive to other canines from humans. These dogs still belong to the beta group. Still, some can negotiate dominance amongst themselves while staying at the same rank.

There's a reason it is essential to learn that dog's social status when we bring it into our lives. This way, you can give the proper training for its behavior. Between dogs and humans, we should always be the alpha.

But what about if there are other fidos at your home? Then, there would be two packs under your roof. The first pack is between you and your dogs, wherein you are in charge, and all dogs are your subordinates.

The second pack is between the dogs. They decide who has higher status long before you do. You can only figure it out once you observe and watch the signs that your furry companions give you.

Dominant dogs will push their way to be first at everything - from feeding to walking outdoors. They will also get the best sleeping area and even nudge other breeds when they find the perfect spot.

Dominant canines also don't pay attention to other breeds at home. When you give your attention to your other pets, they are jealous. During playtime, pack leaders mount on other dogs as well.

Meanwhile, submissive dogs tend to just follow the leader. Sometimes, they are clingy and give a lot of attention to other canines. You can also notice that these dogs do not sustain eye contact with dogs or humans.

Our pups believe we belong to their packs. So it is vital that you honor their pack positions and never try to make the submissive dog dominant, or vice versa. But you can always train dominant dogs to believe that you are the leader of all alpha dogs.